From a very young age, I have loved split pea soup. As a child, I never understood why people would turn their noses up at it. To me, it was delicious! But, I did have a mother that was an excellent cook.

My husband had never had split pea soup until we were married. At first, he looked at it with a curled upper lip, then he tasted it. I’ve had friends that have told me that they never liked it. Until they tasted mine. Now, they make it for their own families.

Last night, our oldest son & his girlfriend came over for supper & he wanted split pea soup, no if, ands, or buts about it. He & our daughter love to dunk thick slices of crusty bread in their soup. The rest of us like our bread buttered & on the side. Lemon Squares for dessert & it was a perfect evening! 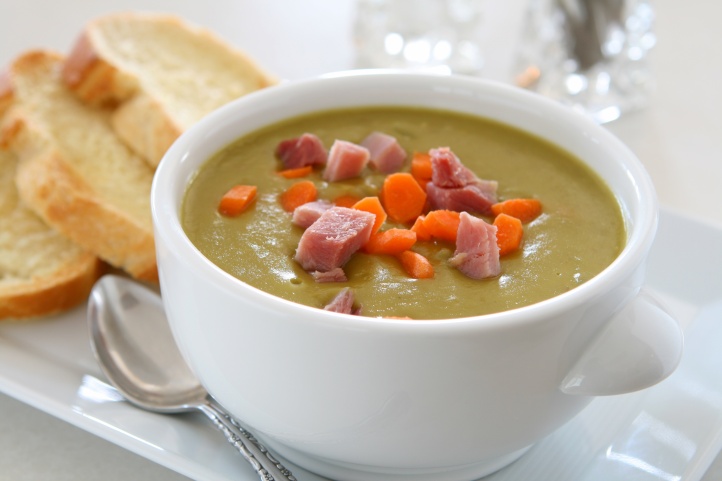 2. Add diced ham & shredded carrots. Simmer until soup is thickened to the consistency that you like. Stir with a little more frequency to make sure it doesn’t stick to the bottom. (At this point, you can speed things up by raising the heat a little & simmering uncovered. Just make sure to stir frequently.)

*Unless I have leftover ham, I buy a thick slice of ham from the deli, then dice it with a pizza cutter. If the rind is thick, remove it with a knife before dicing.

Follow Loree the Domestic Diva on WordPress.com
Join 101 other subscribers